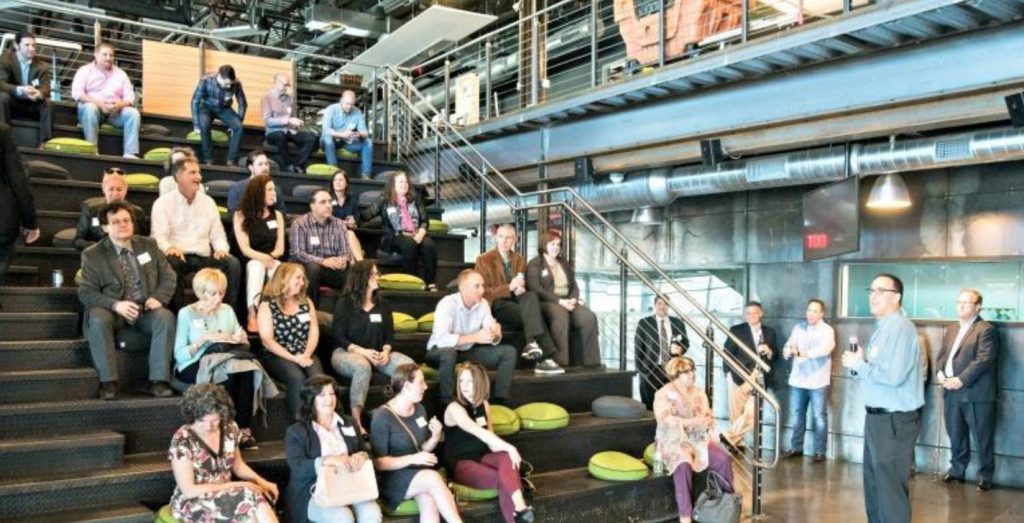 Jide Osipitan, CEO of Gaming Insomniacs, and Urban Co-Works CEO Jeff Goronkin announced the move on Monday. There is even a pre-season game that is already scheduled at the co-working facility on Jan. 26.

Goronkin said that his co-working facility would be able to accommodate something like Osipitan’s esports league, which is where people play multiplayer video games in front of crowds as a form of competition.

“They were interested in locating in Schenectady,” Goronkin said. “When they saw our space, it made perfect sense. We already have the infrastructure to support this type of event.”

A co-working facility provides a shared work space, allowing small businesses and individuals to rent space in an office setting.

Goronkin said the league will utilize a 5,000-square-foot space in the facility that has bleachers that separate the 4th and 5th floors of the building. They also have a large screen with a rear view projector, along with TVs on both sides of the room and surround sound.

“It’s the perfect mix for eSsports and for any kind of esports event,” Goronkin said.